Autonomous Vehicles and the Future of Multifamily Parking 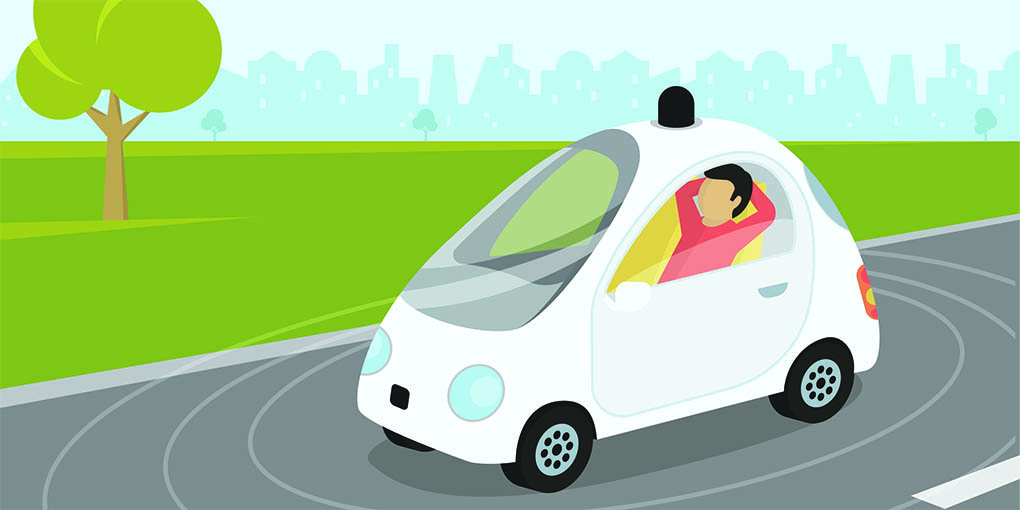 As the most car-dependent nation in the world, it’s no surprise that parking is one of the most sought-after amenities at multifamily properties. However, with the introduction of autonomous cars, transit-oriented development and the rise of ride-sharing companies, it seems inevitable that parking will take somewhat of a back seat.

Although new buildings are forced to comply with local regulations for off-street parking requirements, new research finds that as many as 30% of those spots are going unused. In a case study of San Francisco, this 30% translated into $198,034,400 of wasted construction on vacant spaces. This is a major loss to building owners who become stuck with misspent space that doesn’t contribute to ROI. Frequently, empty spaces are difficult to repurpose. These factors prevent owners from using their space and money to provide amenities that would be of more use to renters.

So why are less parking spaces being used? The answer can partially be attributed to a growing number of rideshare companies like Uber and Lyft. The rideshare industry, which has already proven to be immensely popular for its convenience, is expected to balloon to $285 billion by 2030. With the number of users only increasing, it is possible that people will begin relying on these services rather than their own personal vehicles.

Another factor in the parking equation is location. Though cars are almost a necessity in suburbs, they are less needed in urban areas. In fact, many downtown areas, including those in Atlanta and Dallas, are evolving to become more walkable. By investing in a building within walking distance to experiential areas like stores, restaurants and entertainment, owners are making it easier for people to choose walking or cycling over getting in their car and trying to find a parking spot. Services like Amazon Fresh and Fresh Direct now provide ease of access to quality groceries. Some properties are investing in small fleets of compact cars residents can reserve when they need to leave the neighborhood. Others are doing the same thing with bicycles. As cities continue to adopt the idea of multimodal transit options and walkable areas, residents will be further encouraged to not rely so heavily on their own cars, lessening the need for a set number of parking spaces in multifamily buildings.

Finally, the introduction of autonomous vehicles (AVs) carries the ability to further diminish the need for every person to have a car. Companies such as Ford, Volvo, Toyota, BMW and Audi have already begun to partner with tech giants like Google and Microsoft in the production of AVs. The technology for self-driving cars is not only here, but it is already being tested on actual roads. These vehicles will allow for passengers to use travel time for other tasks, therefore allowing them to increase their productivity. The growth of AVs will also bring about huge changes to populations of people who are currently unable to drive themselves, such as young adults, the elderly and physically impaired or disabled people. Moreover, AVs will make it easier for people to share cars, so we could see fewer cars on the road, and fewer cars in need of parking spots.

How Are Owners Going About It?

Over the next few decades, our society is expected to undergo a major transformation in transportation. Developers and building owners are starting to become concerned with all the extra parking. Even though allocating space to something that could become obsolete seems like a wasted opportunity, builders still need to offer parking to secure financing and permits. So rather than getting rid of parking, one creative solution is to ensure that parking can have a future life as something else.

Denver has already implemented a car facility that can easily be transformed into something else. Features like flat floor plates and discreet, removable ramps are some of the key characteristics enabling such flexibility. Such changes are not very costly but could have big returns down the line if the need for parking continues to drop.

Much like Denver, Seattle is implementing changes that account for less driving. In fact, Seattle’s development is now being steered away from parking structures. The city is striving for “walkable sensibility” by building around the needs and safety of pedestrians. In addition, Seattle is also eliminating or lessening off-street parking mandates based on the location of the housing and how accessible public transportation is in that area. This means that Seattle is not only recognizing the diminished need for parking in areas with accessible transit, but responding to it by modifying its regulations to fit the changing needs of the city.

Seattle has also proposed the idea of shared parking as a means of taking advantage of the excess parking that already exists. Though this idea would be cheaper than building new garages, it would depend on owners allowing non-residents to use their parking spaces. With this approval, shared parking could result in cheaper and more abundant housing, improved urban livability through better urban design and architecture, reduced car use and associated climate pollution, and more walking, biking, and transit use. Shared parking could also allow the already vacant spots to absorb new demands for parking — that way future buildings could include fewer stalls and more affordable housing.

According to Chandan Economics, the price of parking access within apartment buildings is reflected in higher rents across US metros. This means that in addition to preventing builders from creating more apartment units, off-street parking is raising the overall price of multifamily buildings, making them less affordable. Looking at the cities with the highest rates of in-structure parking gives us an idea of where this affordability is most likely to kick in.

A ‘No Parking’ Future

While the rise in rideshare companies and transit-oriented cities has already resulted in an increased number of vacant parking spaces, the use of Autonomous Vehicles is projected to decrease the demand for parking even further. The benefits of using AVs are hard to deny: productivity benefits estimated at $5.6 trillion a year globally, time savings for drivers average 50 minutes a day in the U.S., travel efficiencies, less traffic-related accidents and independence for groups who cannot drive vehicles on their own.

With these enticing possibilities also comes a lessened need for car ownership, which means even fewer cars in need of parking spaces in multifamily buildings. Garden-style apartments may be able to absorb excess parking space by building more units, installing additional amenities, or selling off excess parking space as retail sites. However, in mid- and high-rise buildings, this process is slightly more complicated. In larger buildings, possible uses of this existing space include converting some of the space into passenger loading and unloading areas, renting the space for storage, or installing additional building amenities.

If you like the idea of less parking and more transit-oriented development, then you’ll love the fact that you can qualify for better loan terms by pledging to run a green property. Learn more about our green financing programs here.