As 2019’s prime leasing season comes to an end, it’s a good time to examine the Charlotte multifamily market, which has been one of the nation’s top performers so far this year. The area’s low taxes, diverse employers, affordable housing and high quality of life have made the area attractive for residents, as well as investors and businesses.

Rent growth in Charlotte has been on par with national leaders, amid record-high levels of investment volume and new development. The local economy and housing market are also thriving, in part boosted by the growing technology sector.

ULI and PwC recently named Charlotte one of the top markets for real estate investment and development in their Emerging Trends in Real Estate 2020® report. The metro area also ranked high in a recent study by COMMERCIALCafé as a popular destination for in-migration, citing the Queen City’s popularity with the younger generation and its position as the nation’s second-largest banking center.

The Charlotte multifamily market is likely to remain attractive to investors, as the local economy continues to draw new employers and skilled workers to the area.

Charlotte posted the third-highest multifamily rent growth rate in the country over the last 12 months, behind only Miami and Phoenix. According to the latest data from Reis, the average asking rent finished the third quarter at $1,183/unit, up 6.5% year over year and significantly higher than the 3.8% growth rate for the U.S. overall. Rent for Class A properties averaged $1,351/unit, up 6.2% year over year. Rent for Class B/C properties increased 4.7%, to $865/unit. Reis forecasts rent to grow at 4.7% in 2020, and slow to 2.6% by 2023.

Multifamily development in Charlotte remains active, with 9,000 units forecasted to come online this year. This surpasses the previous record high of 6,600 units added during 2018. An additional 12,800 units are expected to be added to the market through 2023, ranking Charlotte third nationally based on share of existing inventory, trailing only Charleston and New York City.

The appeal of the Charlotte market has led to a flurry of investment activity. According to Real Capital Analytics, sales volume reached a record high of $2.8 billion in 2018, and is on pace to surpass that high in 2019. Through the first nine months of the year, $2.5 billion in transactions were recorded, as compared with $2.3 billion for the same period last year.

The weighted average cap rate for transactions so far this year was 5.4%, down from 5.6% for 2018, which was the lowest annual average on record. The year-to-date cap rate was in line with the U.S. national average and slightly lower than the Southeast regional average of 5.7%.

According to the U.S. Bureau of Labor Statistics, the Charlotte-Concord-Gastonia, NC-SC metro area registered 2.3% employment growth for the 12 months ending in October 2019, resulting from the addition of 26,900 new jobs. This was higher than the 1.4% growth rate for the U.S. overall during the same period. Charlotte sectors experiencing the largest employment growth were leisure and hospitality (up 4.9%), financial services (up 4.6%), and education and health services (up 3.6%). Only one private sector recorded a loss (logging, mining, and construction was down 3.4%).

Charlotte’s technology industry has been a standout performer during the current expansion. The industry employs an estimated 55,000 workers in the region, up more than 30% from 2014, according to the Charlotte Regional Business Alliance. The area’s low cost of doing business and skilled workforce have attracted employers to the area. Charlotte was also recently ranked the top emerging tech hub for software engineers to buy a home.

Driven by economic growth that has outpaced the availability of for-sale single-family homes, Charlotte’s home price gains are among the highest in the nation. The S&P CoreLogic Case-Shiller Charlotte Home Price Index increased 4.6% for the 12 months ending in September, behind only Phoenix. However, this rate was lower than the 5.2% increase reported at the same time last year. For comparison, the 20-City Composite gained 2.1% over the last 12 months.

Despite the recent run-up on pricing, home prices still remain affordable, at more than 20% below the U.S. average. This trend combined with limited supply has led to Charlotte having one of the nation’s highest homeownership rates. The area’s homeownership rate of 72.3% at the end 2018 ranked fifth among the nation’s 75 largest metropolitan statistical areas, significantly higher than the U.S. overall rate of 64.8%, according to the U.S. Census Bureau.

Interested in multifamily investment in the Charlotte market? Contact Arbor today to learn about our array of multifamily financing options and view our other market research on the Chatter blog. 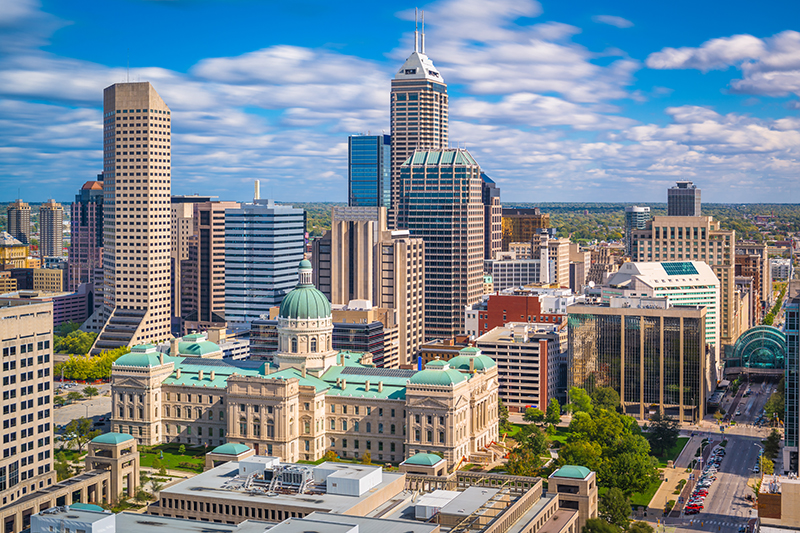