The “Silver Wave” or “Silver Tsunami” refers to the inevitable aging of baby boomers. The National Investment Center for Seniors Housing & Care (NIC) recently published a whitepaper that reflects the impacts of this generation. The data shows a significantly greater need for baby boomers’ senior housing. NIC concluded that even if the usage rate of senior housing were to decline, sheer demographics would support future inventory growth. However, don’t expect a proliferation of your grandparents’ old folks’ homes. “Baby boomers do things differently,” NIC Chief Economist Beth Mace told Arbor Realty Trust. “Their impacts will change senior housing.” 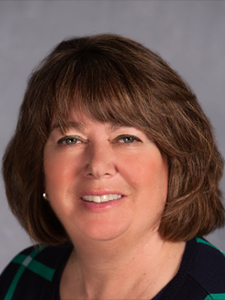 In the NIC study that estimated national demand, the researchers calculated usage rate. NIC compared the total senior housing inventory to the number of households headed by people 80 years and older. Currently, with a national estimate of senior housing inventory of 1.6 million units and 8.9 million 80+ age households, the 1.6 to 8.9 ratio equates an 18% penetration rate. 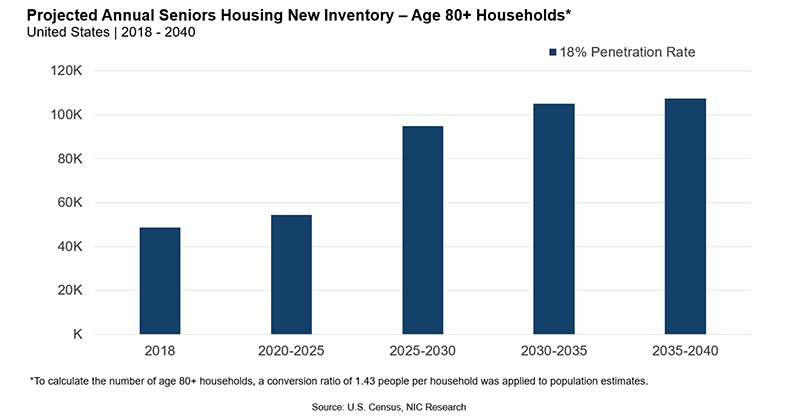 People are moving to senior housing at older ages and with higher levels of medical needs than in the past, Mace stated. An AARP survey updated in July 2019 found 76% of adults over the age of 50 would prefer to age in their current residences. However, Mace noted baby boomers might not necessarily have the ability to stay at home as their aging progresses.

NIC conducted a national study of seniors who are in the middle of the economic spectrum. It concluded by the year 2029, of the middle-income seniors who will total 14 million people, 66% will have mobility needs. NIC forecasted approximately two-thirds of this group will have a chronic condition such as diabetes, CRPD (chronic restrictive pulmonary disease), COPD (chronic obstructive pulmonary disease) or obesity. In the COPD category, with progressive lung diseases such as chronic bronchitis and emphysema, breathing becomes more difficult.

Mace added only 54% of this group is likely to be married. Thus, that reduces the number of spouses at home serving as primary caretakers. Plus, the ratio of adult children to seniors is dramatically shrinking. “In 2019, there were seven adult children defined as someone who is 45 to 64 to every one person who is over 80. By 2030 this ratio of 7:1 drops to 4:1. By 2050, that statistic goes down to 3:1,” said Mace.

Baby boomers may want to remain at home. However, the NIC study states the declining numbers of caretakers will likely lead to higher penetration rates in senior housing.

Mace described baby boomers as a large, diverse group. Many were part of the counter-culture of the 1960s, active in civil rights protests and the women’s movement. “They’ve been a generation typically more exploratory than any prior generation,” she opined.

She predicted greater options in baby boomers’ senior housing. The trends indicate a continued differentiation of what’s on the market today.

“There will be more intergenerational houses,” said Mace. “I think you’re going to see more of ‘The Golden Girls’ type housing where you move in with a group of your friends. I think the variety is going to be pretty robust because this is a group of individuals who don’t tend to do things the same as each other.”

The NIC economist pointed to affinity senior housing groups, which are rooted in shared interests. Senior housing associated with universities or towns, where people were born or choose to live, is also growing in popularity. Mace commented that within a widening spectrum, “you’ll see senior housing as it morphs into its future.”