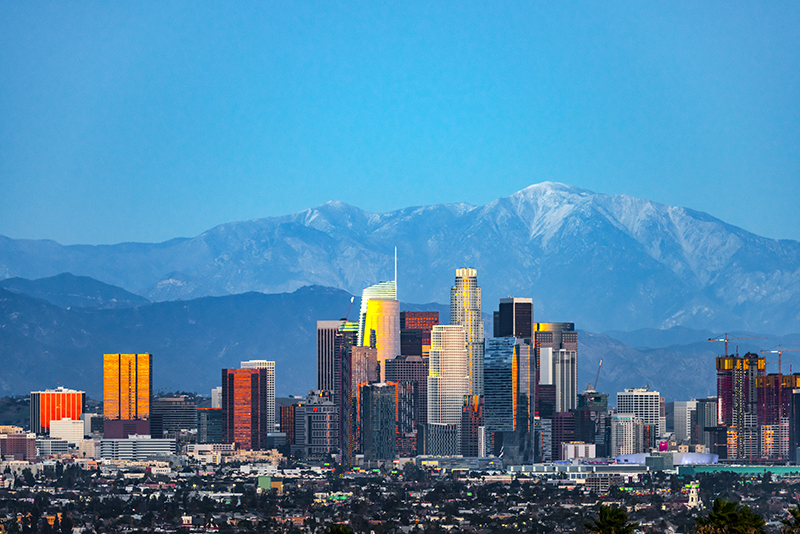 Of the top 25 multifamily markets in the U.S., 11 set new record levels of deal activity during 2018. Los Angeles emerged as the country’s new leader, totaling $9.3 billion in sales.

Given the favorable demographics surrounding the sector, multifamily investors can expect these market trends to continue in 2019.

Las Vegas posted the highest rent growth in the nation, rising 8.6% year-over-year, driven by strong migration trends and a high concentration of prime-age workers. Phoenix took the second spot, posting 7.9% rent growth during the year, followed by Nashville (7.7%) and Charleston (7.5%).

The national vacancy rate increased to 4.9%, up from 4.6% one year ago. Vacancies have slowly and steadily risen since the cyclical low of 4.2% in 2016, though they remain below long-term historical averages and well below the 2009 peak of 8.0%. Although additional supply is expected to strain vacancy in the near-term, Reis forecasts the overall rate to remain reasonably stable, climbing to only 5.3% by the end of 2022.

Driven by the high volume of new construction, the vacancy rate for Class A properties reached 6.2% at the end of the year, up from 5.8% one year ago. Vacancy for Class B/C properties increased to 3.6%, up slightly from 3.5%.

“Although the national homeownership rate increased in 2018, the Reis apartment numbers show that apartment occupancy growth remained healthy in 2018, exceeding the growth in 2017,” noted Barbara Byrne Denham, Senior Economist at Reis. “Likewise, rent growth was higher in 2018. Much of this growth was driven by the strong job market that also was stronger in 2018 than in 2017.”

As expected at this point in the cycle, landlords continued offering concessions to new tenants in lieu of discounting rents, as the asking-to-effective rent spread was $70/unit at the end of the year. This spread was higher than the year-end 2017 difference of $64/unit, and represented the largest gap on record going back to 1999.

Development activity remained at the highest levels seen since the 1980s, which continued to help fill the backlog created by the lack of development in the years following the recession. Reis reported that multifamily completions in the U.S. totaled 244,400 units during 2018. This was just shy of the 2017 record-high total of 247,500 units.

Demand has been strong during the current development cycle, although not quite enough to keep up with the pace of new supply. Absorption totaled 204,900 units in 2018, down from 187,600 units in 2017. Class A properties accounted for the bulk of total absorption, while Class B absorption was essentially flat. This was because most new absorption goes into new construction.

High levels of new construction is among several market trends that is expected to continue in 2019, with 249,600 units forecasted to come online, and absorption forecasted to reach 206,400 units.

The decline in multifamily investment activity observed in 2017 led many to believe that 2016 was the peak for the sector in this cycle. Despite cap rates at record lows and growing prices, Real Capital Analytics reported that sales volume climbed to a record high of $172.6 billion during 2018. This was more than the $153.9 billion total during 2017 and the five-year annual average of $150.2 billion.

Of the top 25 multifamily markets in the U.S., 11 set new record levels of deal activity during 2018. Los Angeles emerged as the country’s new leader, totaling $9.3 billion in sales. Dallas, last year’s leader, finished only a sliver behind L.A., while Manhattan finished third.

The increase in the 10-year Treasury rate at the end of 2018 did not lead to an increase in multifamily cap rates, which remained at historical lows, and finished the year at 5.6%, essentially unchanged since the end of 2017.

Foreign investment in U.S. multifamily properties totaled $14.8 billion during the year, higher than the 2017 total of $13.1 billion, yet below the $17.5 billion historical high reported for 2015 (which included the $5.2 billion sale of Stuyvesant Town-Peter Cooper Village).

According to the U.S. Bureau of Labor Statistics total nonfarm payroll employment rose 1.8% during 2018, higher than the 1.5% increase during 2017. Additionally, December marked the 99th consecutive month of positive job growth. The largest over-the-year percentage gains in employment occurred in the mining and logging (8.7%) and construction (5.1%) sectors, with no major sectors posting a loss.

The Consumer Price Index (CPI) increased 1.9% for the 12 months ending in December. This was the first time it held under 2.0% since August 2017. Key indicators of affordability worsened during the year, as the CPI rent index increased 3.5%, significantly higher than inflation, while average hourly earnings rose at a slower rate of 3.3%.

The U.S. Census Bureau reported that the homeownership rate reached 64.6% at the end of 2018, the highest level since the third quarter of 2014. Increasing millennial demand was one of the biggest trends influencing the housing market, as the 61.1% homeownership rate for those between 35 and 44 years old was the highest in more than five years.