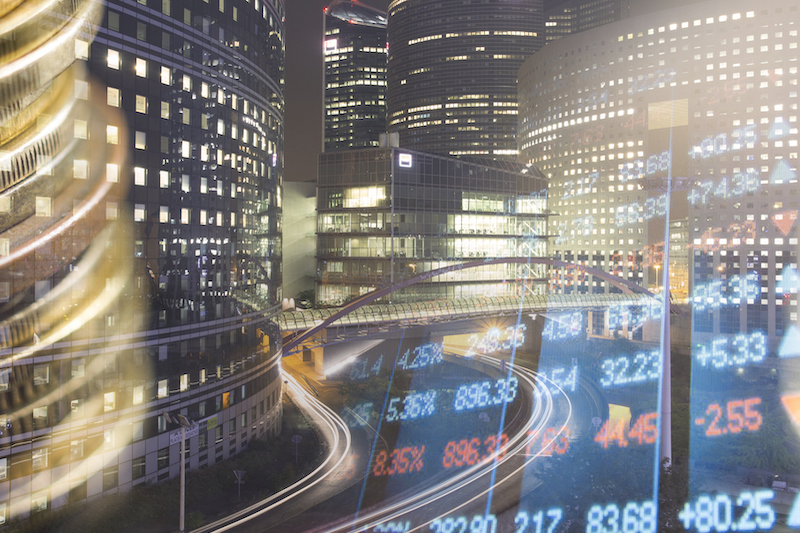 The coronavirus has altered people’s daily lives, while also creating a distinct chapter in U.S. history. Yet despite the COVID-19 pandemic, real estate deals are continuing to close. But how is the virus affecting the CRE market today? What’s the status of lender activity? Real Capital Analytics’ March 31 webinar reviewed economic trends to report on COVID-19 and real estate investments.

Multifamily Fared Well in Past Downturns

Jim Costello, senior vice president at Real Capital Analytics (RCA), noted in the Great Recession multifamily outperformed other asset classes. There was a “backdoor demand,” he explained. “People suddenly became renters by necessity. They couldn’t stay in their homes.”

However, Costello stressed that every economic slowdown is different.

The economist pointed out that eight weeks into 2020, deal volume in the Asia-Pacific region was 45% lower than where it was a year earlier. Referencing the same time frames, year-over-year, in Europe, the Middle East and Africa (EMEA) deal volume was down 16%; in the U.S. deal volume was 14% higher.

History Does Not Always Repeat Itself

Dating back to 1950, data from the Fed Flow of Funds database, the National Bureau of Economic Research and Real Capital Analytics revealed recessions form different patterns. U.S. commercial real estate prices do not always decline in every recession—unlike what occurred in the Great Recession.

“Every recession has different economic drivers coming into it, and different points of friction that impact pricing in a unique way. The 2008-2009 period was a financial crisis,” said Costello. He differentiated the recession of the 1970s, which the oil shortage triggered.

“As long as it stays along that spending side of the economy, we could be OK. If it bleeds over to the financial side, that’s when it can really become problematic,” he stated.

Liquidity and Lending Is Crucial

In the 2008-2009 recession, many lenders were afraid to make loans because property prices were falling, Costello explained. “Without the ability to get debt, it went into a vicious downward cycle. The buyer pool dried up because they couldn’t get debt. Property prices fell without buyers, which in turn made lenders even more hesitant to lend.”

Today’s wide variety of lenders should prevent the sharp real estate price declines, said Costello. Unemployment has risen due to business closure and consumer cutbacks. This will impact local economies. Even with the $2 trillion federal coronavirus stimulus package, lenders will play a crucial role in stabilizing the economy.

“Lending is going to be the key to getting through this without the severe kind of downturns we saw the last time,” he said. “Going into this, there are a number of different lenders in the market. The composition of lending for 2019 was widely distributed.”

“Today, we can lose one group entirely and still be OK because there are other groups out there providing debt capital,” Costello continued. “That’s something that should provide more stability as we go through this.”

Recently, some debt funds were extremely aggressive with their loan-to-value (LTV) ratios, which influenced other lenders trying to compete. Nonetheless, leverage has not been as high as what preceded the Great Recession.

Costello also commented that multifamily has been the strongest performing sector for lending. Even if an apartment loan goes bad, lenders generally will still get back more than 90% because prices are usually higher in this product group. He contrasted this with bad loans in retail, where in 2016, lenders could expect back 70%. Even before the COVID-19 downturn, it was reaching a point where lenders were recouping only about 60% with bad retail loans. RCA projects this is likely to drop even lower due to the coronavirus situation.

In the current low interest rate environment, there will not be support for low cap rates that one might expect from the drop in interest rates. Costello commented that even with the severe drop in the 10-year Treasury which fell below 1% in March, lenders have not chased down interest rates. There is more of a chance that real estate prices could decline but the magnitude is unknown, he noted.

Investors should carefully assess deals in the economic landscape of COVID-19. “You need to look at every deal individually and think of them on their own merits rather than assume what happened last time will come through the same way,” Costello said.

Visit our Arbor blog posts to stay informed on how the coronavirus is affecting multifamily investments. It provides the latest news and helpful industry resources. Contact Arbor to learn more about today’s lending and financing options.